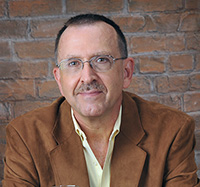 Dr. Kane is currently president of iCorrosion LLC in Houston Texas. Most recently, he acted as Director, Corrosion Services with Honeywell Process Solution. He was the Founder of InterCorr International, Inc., a major corrosion services and technology company in 1982.

Dr. Kane is an internationally recognized corrosion and materials consultant who has applied his expertise to a diversity of industrial problems including research, engineering design, corrosion prediction and failure analysis.  He has worked with a variety of major petroleum, chemical and other end-user companies, equipment manufacturers, and materials suppliers on materials specification, selection and evaluation; including: Corrosion, welding, inhibition, plant and field corrosion monitoring, simulation and testing in service environments.

Dr. Kane has dealt extensively with the in-service performance of materials, the development and utilization of corrosion testing and monitoring methods, and simulation of corrosive service environments in the laboratory and utilizing computer tools involving:

In the period 2005-2006, Dr. Kane has organized new joint industry sponsored programs investigating new SSC limits for deep water applications, Ti-alloys for HPHT wells, sulfuric acid alkylation and naphthenic acid corrosion. Previously, he has managed and served as principal investigator for the largest, most intensive research effort on naphthenic acid corrosion funded by 21 companies amassing over $600,000 in research funding during the period 1993 through 1999 (focusing on the behavior of chromium containing low alloy steels, inhibitive effects of sulfur species, and the chemical structure of naphthenic acids on corrosion aggressivity. He has also been principal investigator on the largest joint industry sponsored research program on the effects of H2S on oilfield materials including over 70 companies and a budget of over $2 million during the period 1980 through 1982. Dr. Kane has organized and currently serves as technical advisor to a joint industry program on velocity accelerated corrosion in refinery sour water systems which has integrated chemical and mechanical modeling, evaluation of alloy and the effectiveness of inhibitors (ammonium polysulfide and imidazoline).

Dr. Kane along with co-worker Sridhar Srinivasan have conducted detailed laboratory simulations and computer modeling of multiphase environments (with CO2 and/or H2S) related to oil and gas production and gas transmission pipelines. These studies have been used to evaluate corrosivity, sulfide stress cracking tendencies and the effectiveness of inhibitor formulations for effectiveness under various flow regimes and conditions of phase behavior. The results of these studies have been successfully implemented in oil and gas pipelines and storage facilities in major fields in the United States, South America, the North Sea and Middle East. This work also included thermodynamic and corrosion modeling and assessment of corrosion in one of the largest floating production and handling systems. This work evaluated tendencies for corrosion in both the liquid (oil) and condensing vapor phases in the vessel.